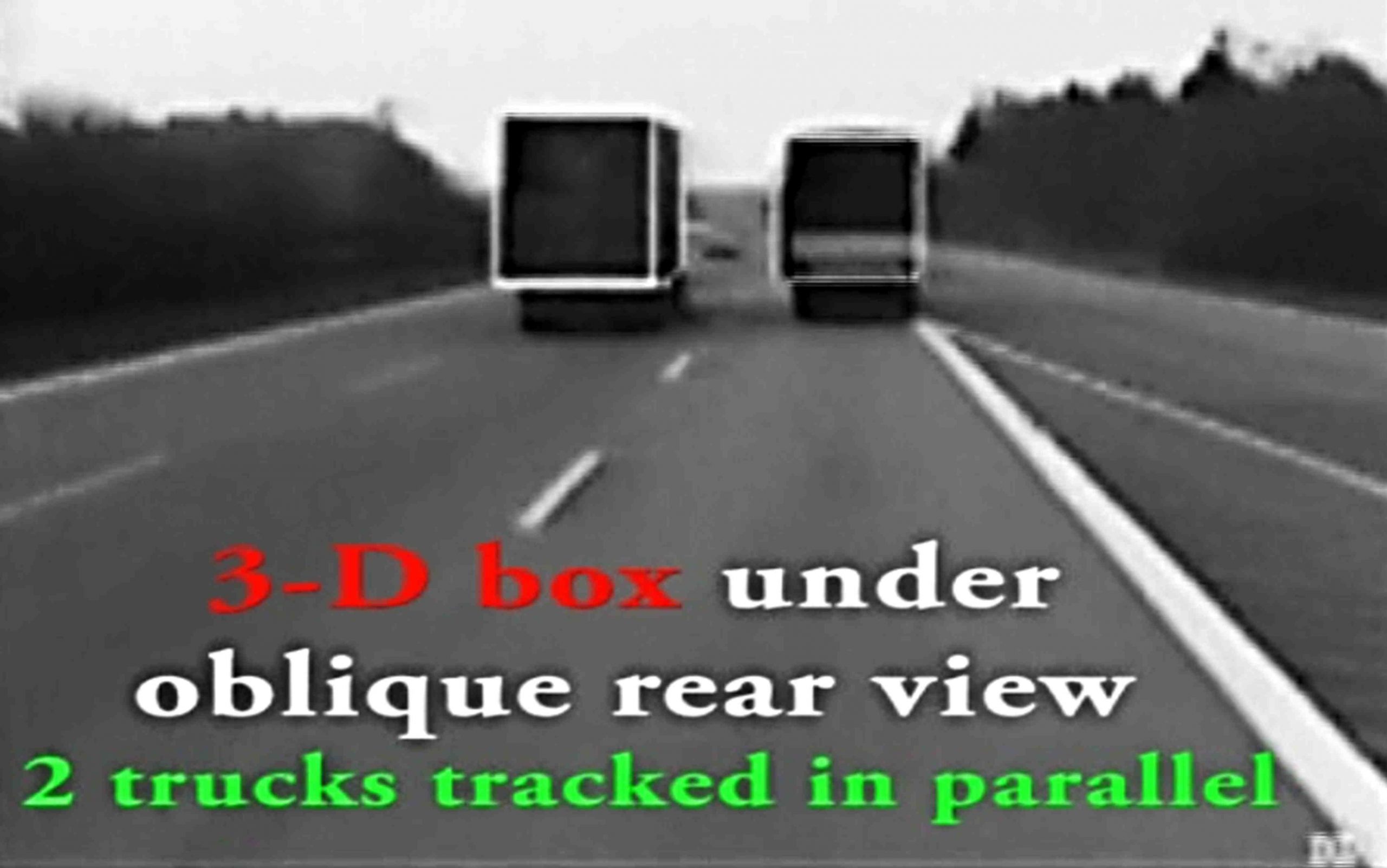 Contrary to cars, for which the lower part of the body can be well approximated by a (rounded) rectangular box, trucks usually have a simple shape as top part (often a much larger rectangular box than car bodies), and it is above ~ 1 m elevation). A much more irregular appearance can be noted in their lower part with axles, wheels, tanks, chassis etc. Due to the large size, trucks often obscure a large fraction of the scene, especially when nearby. To be able to check the possibility of passing, the length of the truck should be recognized rather precisely from a slightly oblique view.

Another typical dangerous situation is experienced when from a sequence of trucks in the neighboring lane, the second or third one ahead suddenly starts switching lane with no or only a short notice by a blinker signal. This topic has been looked at by [Schmid 1994].

Another lesson learned for oblique views was that the diagonal of a rectangular box can be estimated much better than the equivalent parameters length and width, especially when rounded corners are present like in real vehicles.