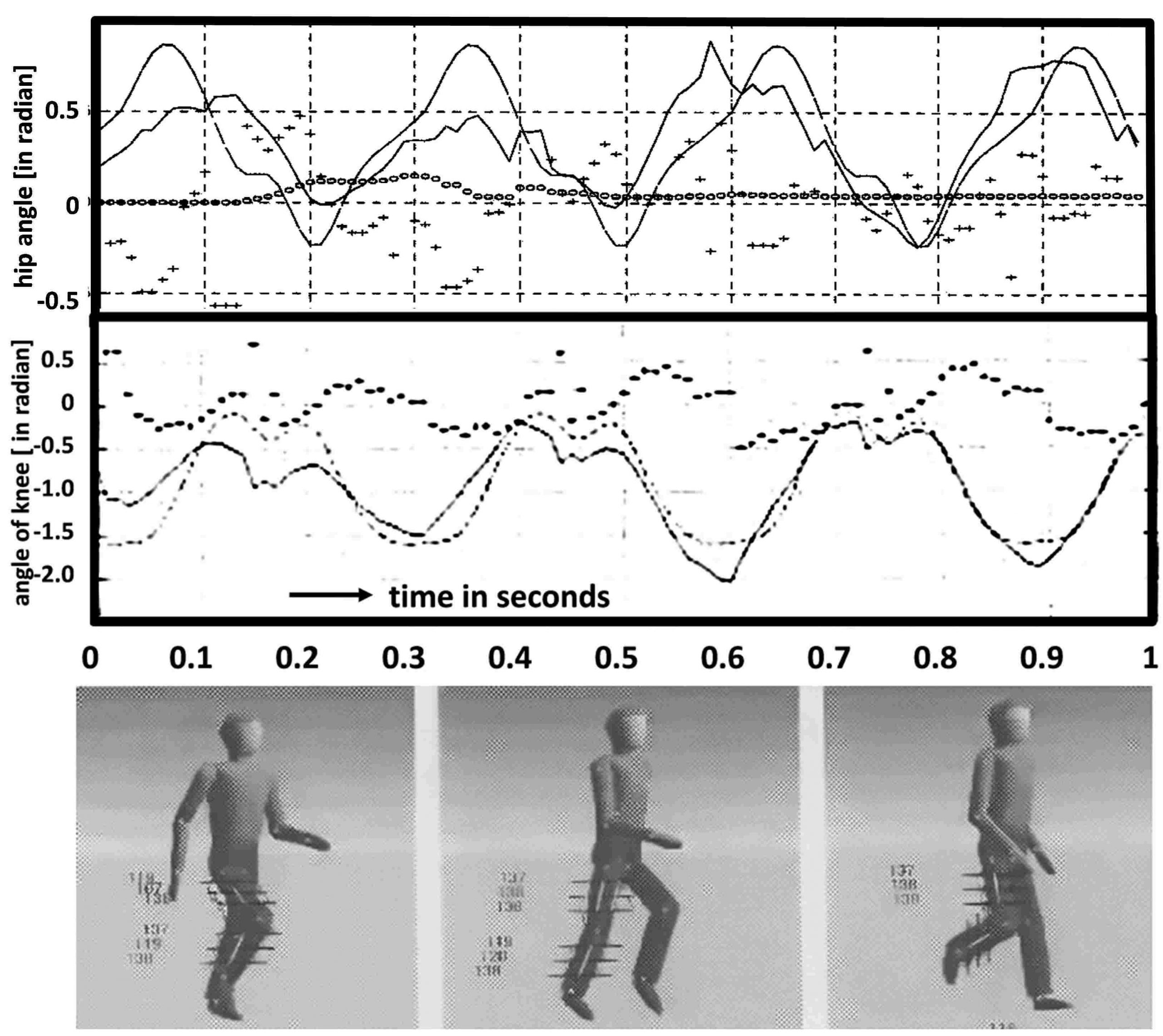 In the long run, there is no way around the requirement that vehicles participating in normal traffic have to be able to recognize

UGV’s have to be able to understand the activity, these living beings are performing and which movements may be expected.
This will be a long way to go, but one should start early developing the capabilities and the knowledge representation schemes needed for solving this task.

In the Prometheus-project, in our group [Kinzel 1994] picked up this topic using the 4-D approach. A body model for a human, including 22 articulated parts, should allow recognizing the most important body motions of humans walking, running, waving arms and hands, driving bicycle or carrying bulky loads. The goal was to not only to draw a box around an upright body (person or trunk or some arbitrary content as is done usually) and to avoid this space, but to perceive oscillatory motion of limbs also (gait recognition).