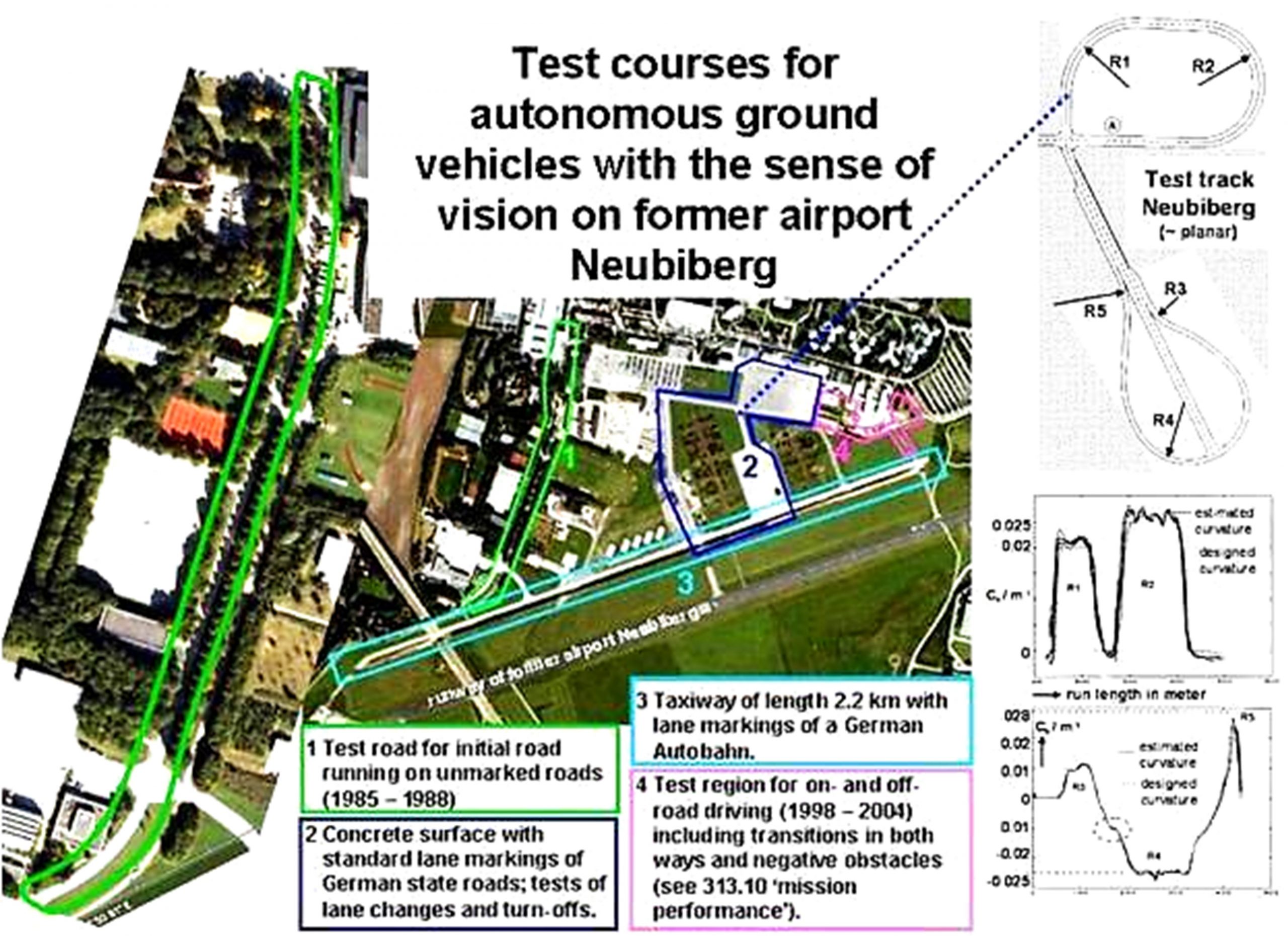 From 1986 to 1990 the campus road 1 (green envelope) was the main test track; with improving autonomous driving capabilities, test track 2 (dark blue and upper right corner) was created with well defined ground truth data for checking system performance with respect to precise perception of curvatures. Developing the capability of turning off at crossings was another purpose in mind.

After 1990, the airport was completely closed down. For a while, both taxiways (3, marked in cyan) and the runway became available for autonomous driving. Later-on, the runway was turned over to the public and only the taxiway remained as test facility. The development of EMS-vision and the final demonstration of on- and off-road mission performance including detection and avoidance of negative obstacles were done mainly in test area 4 (magenta).