Locations in Europe where several “firsts” in autonomous ground vehicle guidance with the ‘4-D approach to dynamic machine vision’ have been demonstrated in the two decades since 1986 are shown. 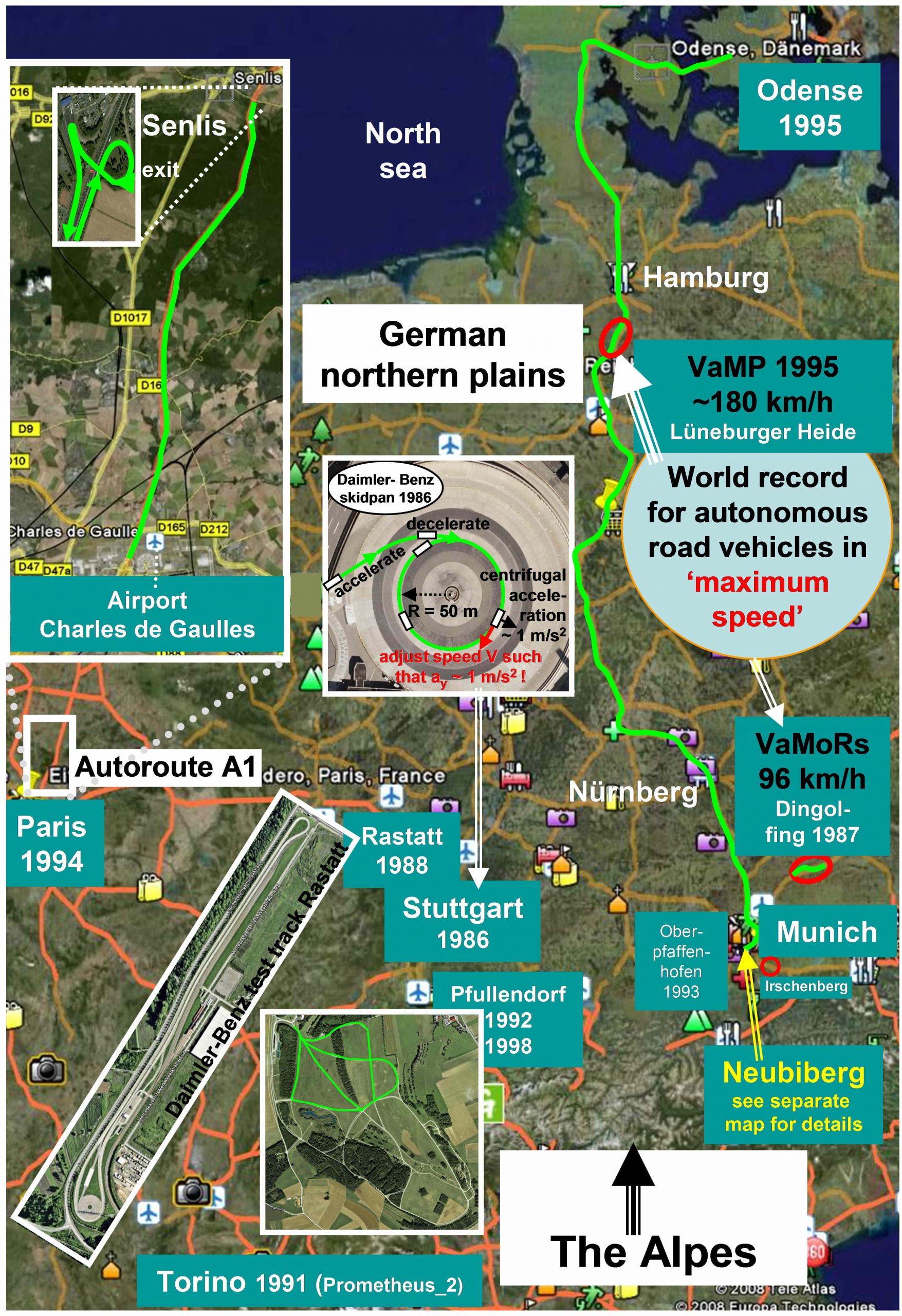 The final demo in the PROMETHEUS project took place near Paris in October 1994 on Autoroute A1 (top left): Autonomous driving at speeds up to 130 km/h in public 3-lane traffic with a guest on board has been shown. On the long-distance test drive in November 1995 from Munich to Odense, Denmark (green curve), a top speed of 180 km/h has been achieved on a free stretch of Autobahn; more than 400 lane changes have been performed autonomously.