The airport of Brunswick served as test site both for visual autonomous landing approaches in 1991 (perception part only, for safety reasons), and in a Hardware-In-the-Loop (HIL-) simulation for a helicopter mission in 1997 in preparation for real flights. 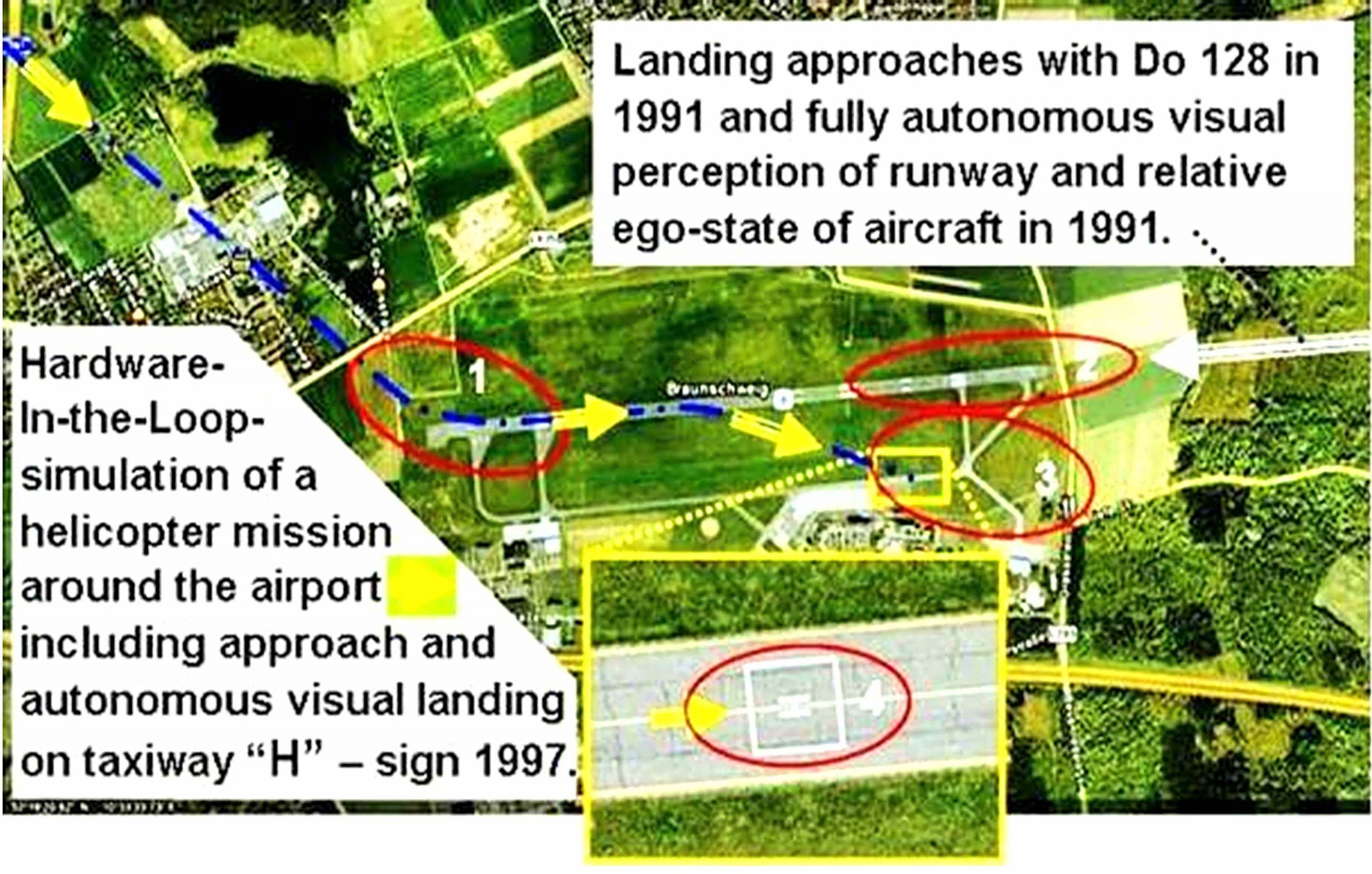 The 1991 campaign was funded by the German Science Foundation DFG and was performed together with the University of Brunswick (Prof. G. Schaenzer) who operate the bi-propeller aircraft Do 128. After careful preparation of the tests in the HIL-simulation loop at UniBwM by R. Schell, the flight tests could be started after only one week of installation and final testing in Brunswick. As the top right part of the figure shows, landing approaches with the Do 128 were flown from the East (right side).

The helicopter real-time hardware-in-the-loop (HIL-) mission has been performed together with the DLR-Institute for Flight Mechanics (Prof. P. Hamel), from whom the proper dynamic models for the test helicopter Bo 105 have been obtained, and with the company Eurocopter Germany (ECD). Funding has been provided in the framework of the ESPRIT-project ’CLEOPATRA’.

A.6 Helicopters with the sense of vision